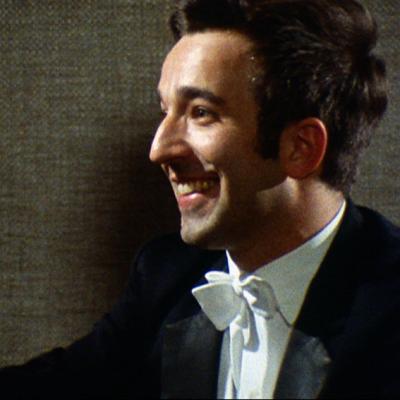 On the 8th of June 1968 Vladimir Ashkenazy, with his Icelandic wife and their two children, arrived at their new home in Reykjavik in Iceland. It was a crucial moment in their lives. They had left the Soviet Union, with the help of Nikita Kruschev, in 1963 and for five years had lived in London.

Coming to terms with living in the West and with the pressures of a high level international concert career had proved difficult however and they felt that they needed more space and more time, both for their private and for their professional lives.

In his teens Ashkenazy had won several major prizes including the Chopin International Prize in Brussels in 1956 and the Tchaikovsky Competition in Moscow in 1962. He nevertheless felt that he had been inadequately prepared by the Russian educational system. He felt strongly that while he was totally at home with Russian music he was not close enough to the great traditions of the West. As subsequent events have proved, those anxieties say more about his earnestness than about his abilities, but the worries were real enough at the time. It seemed to us an ideal moment to make a film about this Russian-born master pianist, with his very particular personal appeal, adapting to life and music in the Western world and so we went with him to Iceland to film him and his family during their first days there.

The title comes from a statement, which he makes in the film.

After moving to the West, Ashkenazy's career had taken off at an almost alarming rate. It had been boosted, dramatically, by the international success of our film Double Concerto in which he and Daniel Barenboim had appeared together for the first time. That film, after winning both the Prague and Monte Carlo prizes, was shown in 18 countries within 12 months of its first broadcast and attracted, for both artists, an international public that might otherwise have taken them 20 years or more to build. The success, however, further increased the pressures.

Films of this kind depend heavily on being in the right place at the right time and we felt that we had begun at an auspicious moment. So we followed our couple from Iceland on a tour of Europe, to continue observing them at a time when they were deeply engaged in a process of dramatic change and reflecting daily on their situation and their problems.

The film includes sequences with Itzhak Perlman, Daniel Barenboim, Edo de Waart and the Rotterdam Philharmonic Orchestra. There is is music by Beethoven, Chopin, César Franck and Stravinsky.

It is a closely observed account of one of the most demanding and rewarding of all professions and was described by Ingmar Bergman on Swedish television in 1972 as the best he had seen about a living musician.

Franck: Sonata in A major for Violin and Piano

Stravinsky: The Rite of Spring