Carmen: The Dream and the Destiny 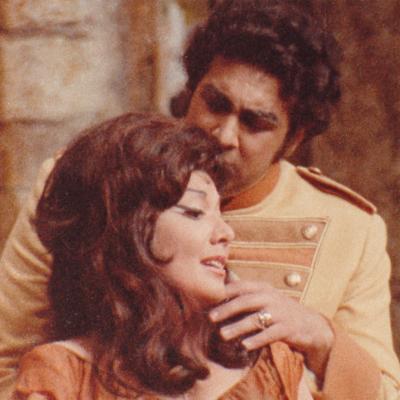 A film about Georges Bizet and his ill-starred masterpiece.

This film has two themes: first the substance and narrative of Bizet's perennially popular opera and second the story of its disastrous première, which had such a dramatic effect on Bizet and hastened his death exactly three months later. It is a sad story of a great artist who died young without ever knowing that the work into which he had poured his life's blood, and which failed so miserably at its première, would become one of the most popular operas of all time.

It is one of the great stories in the history of Western music. Bizet, with his librettists, Meilhac and Halevy, elevated Prosper Merimée's novel to the level of Shakespearean tragedy and the work drew from Bizet his most inspired music with a depth and a power way beyond his years.

The film is based on the preparations for a new production at the Hamburg State Opera in which Regina Resnik, a famous Carmen herself, was directing an opera for the first time in her career.

Carmen is sung by Hugette Tourangeau, Don José by Placido Domingo, Escamillo by Tom Krause and Micaela by Marina Krilovici. The orchestra and chorus of the Hamburg State Opera are conducted by Alain Lombard. The sets and costumes are by Arbit Blatas.

In addition to telling our two stories the film tries to present opera to the television audience at something closer to normal television tempo than is usually possible while avoiding the damaging predictability of presenting a string of operatic highlights. The film juxtaposes the two stories and binds them together with Bizet’s music shot at rehearsals and performances of the opera.

There is no playback in this film. All the singing is shot live which contributes a great deal to the narrative.