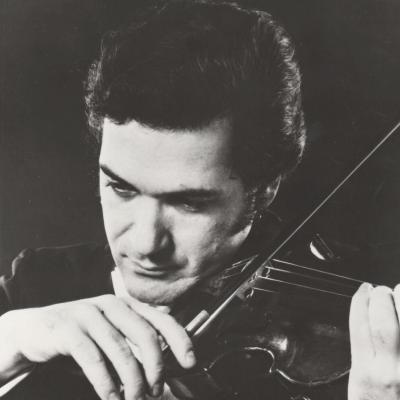 When Pinchas Zukerman was twelve years old, it was already clear to Pablo Casals and Issac Stern that he might become one of the greatest violinists of all time.

From this came the idea to make, for the first time ever, a film which deliberately sets out to document the development of a really great musical talent from its beginnings to early maturity.

This film was shot over a period of seven years in Italy, Israel, Denmark, Germany, London and New York. It includes sound recordings of Pinchas Zukerman’s playing from the age of nine and filmed performances from the age of nineteen.
It also traces the development of Zukerman’s relationship with the English Chamber Orchestra, which drew him into conducting for the first time.

He is filmed live on stage during actual performances, including his official New York début recital at Hunter College and one of his first concerts as a conductor with the English Chamber Orchestra, which took place in the Herkules Saal in Münich and caused a good deal of excitement (expected and unexpected).