Itzhak Perlman: Virtuoso Violinist (I know I played every note) 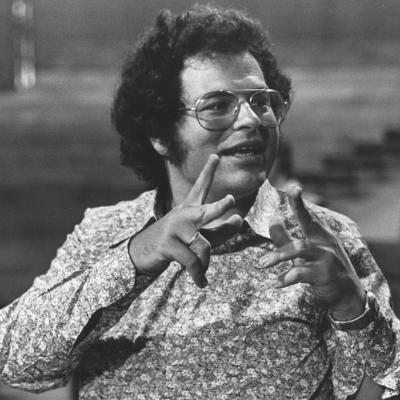 Although he was still in his early thirties when this film was made, Itzhak Perlman’s virtuosity was already something of a legend and he was soon to become one of the most popular figures on the international concert stage. This film played a major part in that success. His rare combination of astonishing technical virtuosity and lighthearted ebullience have since won him a particularly affectionate following, but he wears his success very easily and describes himself as basically a family man and his relationship with his family as the most important thing in his life.

This film, which was shot over a period of three years, shows Itzhak Perlman at home in New York with his family, on tour in Europe with Pinchas Zukerman, playing Sarasate’s “Zigeunerweisen” with the Philharmonia Orchestra of London, conducted by Lawrence Foster, in the recording studios with Vladimir Ashkenazy, recording Beethoven sonatas, playing Scott Joplin in Wuppertal with Bruno Canino, solo Bach at a BBC Lunchtime Concert in St John’s, Smith Square, London, a Beethoven Trio with Vladimir Ashkenazy and Lynn Harrell in concert at the Royal Opera House, Covent Garden and rehearsing, performing and teaching at the Aspen Music School in Colorado, where he goes regularly with his entire family.

This film is an intimate portrait of this entertaining and many-faceted artist and it includes music by Bazzini, Sarasate, Beethoven, Scott Joplin, Bach and Vivaldi with a number of performances shot on stage in true concert conditions, where the artist is at his best and most revealing.

Described by Controller of Programmes, BBC Television, after the first broadcast, as the most successful music transmission in five years.