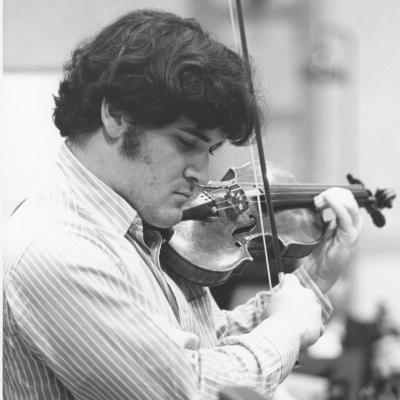 The three Sonatinas Opus 137 were written in 1816, one of Schubert’s happiest and most prolific years. He modelled them on the Sonatas of Mozart, but they are full of unmistakable Schubertian lyricism which was much admired by Brahms. The arpeggione was an instrument with a fretted keyboard, invented in Vienna by J G Staufer in 1823. It was a cross between a guitar and a viola da gamba and was also known as the guitar-cello or the guitar d’amour. It was intended to produce a wider range and more varied tone colours than the cello, but the instrument has not survived. Schubert’s single composition for it was written for his friend Vincenz Schuster in the year after its invention - a year of intense loneliness and extreme personal suffering for Schubert. This was the year in which he described himself as “the most unfortunate, the most miserable being on earth... A time to recognise grim realitywhich I try to beautify as best I can with my imagination”. The Arpeggione Sonata is usually played on the cello, but the viola is probably closer to the timbre of the original instrument and Pinchas Zukerman is without question the finest performer on the viola that we have today.

Schubert: Sonatina Opus 137 No 2 in A minor and Arpeggione Sonata