Vladimir Ashkenazy introduces and plays: Rachmaninoff: Variations on a theme of Corelli

Introduced and Played by Vladimir Ashkenazy 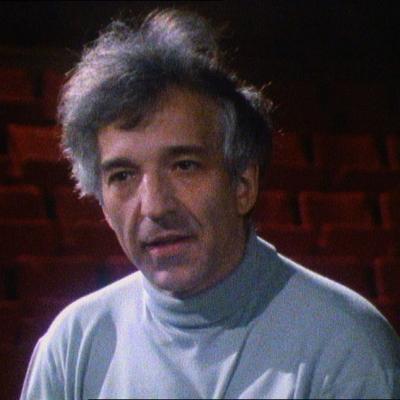 Vladimir Ashkenazy has had a particular affection for the music of Rachmaninoff throughout his professional life, and his performances have long had the ring both of authenticity and of deep commitment. This is not surprising in a Russian-born and Russian-trained musician of Ashkenazy’s stature, but it is worth remembering that for many years after his emigration from the Soviet Union his interest in Russian music was somewhat eclipsed by his concern to master the music of the Western European traditions. By common consent Ashkenazy is now at a new peak in his career and is recognized as one of the leading pianists of our time, as much at home in the music of the West as of his native Russia. So the time seemed right for a television programme in which he would both introduce and perform one of Rachmaninoff’s greatest works for the piano: the Variations on a Theme of Corelli.
Rachmaninoff wrote the piece in 1931. At the time he was widely regarded as the leading pianist of his day and one of the most gifted composers for the instrument, and yet, largely as a consequence of his exile and his increasing melancholy, he had published nothing for the piano in sixteen years. It was to be his last work for the instrument which he had played with such mastery from childhood and which had sustained him in exile through long periods of silence as a composer; not surprisingly it is one of his finest and one of his most intimately revealing compositions. In an introduction which lasts about 25 minutes, Ashkenazy introduces the piece with examples at the keyboard and with many revealing touches about his own attitude to Rachmaninoff and to this music. The programme ends with a complete performance of the Variations recorded at a public concert which Ashkenazy gave in Lugano, Switzerland. There are few, if any, pianists on the concert platform today who are able to surpass his mastery of this music. At the same concert we also recorded six of the Opus 30 Etudes Tableaux and these are available either as an extension to this programme or as a separate one. They are: Etudes Tableaux Opus 39 No. 1 in C major, No. 2 in A minor, No. 3 in F sharp minor , No. 4 in B minor, No. 5 in E flat minor and No. 9 in D major.

Rachmaninoff: Variations on a theme of Corelli and Six Etudes Tableaux Opus 39