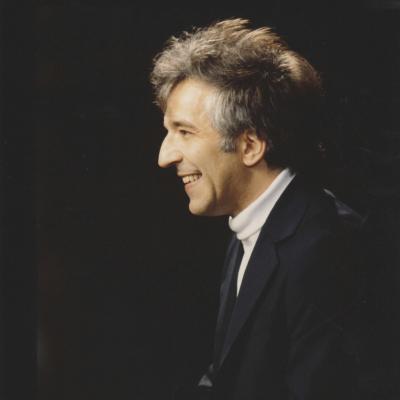 A retrospective view of twenty years in the life of this Soviet-born master pianist who has lived in the West since 1963.
We have been producing films and television programmes with Vladimir Ashkenazy since 1966 and this one spans the entire period. It is drawn from our archives and combines some of the best sequences from our past films with material that has not been seen before and new sequences shot especially for this film.
One one level this present film is an account of the development of one of the most remarkable musical careers of our time. Vladimir Ashkenazy first became known in the West when he shared First Prize at the Tchaikovsky competition with John Ogdon in 1962, and his career has risen with a notable steadiness from then until now. This exceptional achievement speaks for itself and so our film does not seek to draw particular attention to it but to focus on several astonishing performance sequences shot over the years in true concert conditions where Ashkenazy is at his best and where his commitment is most evident. One specific theme, however, is his constant preoccupation with the music of Beethoven and so this film ends with a complete performance of the late Sonata Opus 109. It also traces the development of Ashkenazy's conducting career and includes sequences from our Respighi and Sibelius films in which he conducts the Swedish Radio Symphony Orchestra. On 1 January 1987, Ashkenazy was appointed Music Director of the Royal Philharmonic Orchestra in London: an appointment, which set the seal on his international conducting career.
At the piano Ashkenazy plays music by Beethoven, Mozart, Cesar Franck (with Itzhak Perlman), Stravinsky (with Daniel Barenboim), Respighi and Mussorgski.