Daniil Trifonov: The Magics of Music 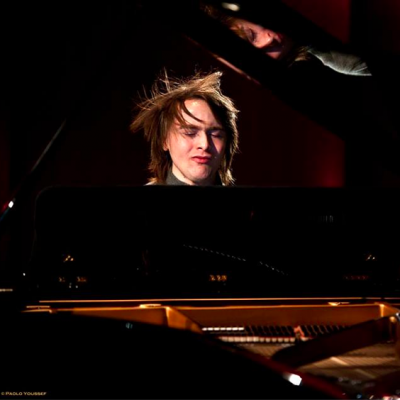 A Christopher Nupen film with Daniil Trifonov –– pianist, composer, Russian and a magician at the keyboard.
The astonishing musical gifts of Daniil Trifonov have to be seen and heard to be believed. How many have won both the Rubinstein and Tchaikovsky competitions in the same year — at the age of 20 — and then played a hundred and ten concerts in the following 12 months? Knowledgeable critics and leading musicians are saying that the world has not seen his like in more than fifty years.
Martha Argerich, one of the most difficult to please, has this to say: “What he does with his hands is technically incredible … and then there is his touch — so gifted with tenderness and, at the same time, he has the demonic element. I have never heard anything like this before.”
Trifonov is immensely appealing. In addition to his astonishing musical gifts — as both pianist and composer — he is modest and unassuming, highly intelligent, generously co-operative and a pleasure to work with. An ideal subject for an intimate portrait film at the start of his career — a genre which we have employed with such happy results several times in the past with artists who were soon to become world famous. The films contributed a great deal to that.
Our cameras are all close to Trifonov on the stage — even in the live concert performances — which involves the viewer and adds a dramatic quality that is seldom achieved in television relays.
The films include five minutes which we shot at the Cleveland Institute in Ohio, during the first performance of Trifonov’s recently-composed first piano concerto — a work of considerable charm, which enjoyed a touching success with both the public and the critics at the premiere. There is something heartening about seeing super talented youth finding its audience. The first film also includes complete, live performances of several Chopin preludes and extracts of works by Ravel, together with a sequence with Trifonov playing a composition of his own in public, in Moscow, at the age of eight.
As we have done before we have made an associated performance film to give more time to the music. It includes works by Scriabin, Chopin, Johann Strauss/arranged Trifonov and Sergei Rachmaninov’s Variations on a Theme of Chopin, Opus 22 — a rarely-heard work — which has immediate appeal and the authentic Rachmaninov voice.

With works by Scriabin, Chopin, Johann Strauss/arranged Trifonov and Sergei Rachmaninov’s Variations on a Theme of Chopin, Opus 22