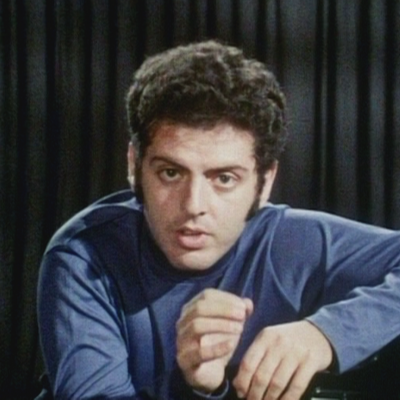 1970 was the 200th anniversary of Ludwig van Beethoven’s birth and, to mark the occasion, Daniel Barenboim and Christopher Nupen collaborated on a thirteen-part series about the man and his music. Close friends at the time, Barenboim as artist and Nupen as filmmaker, were on the cusp of long and illustrious careers in music. Much of the material they shot has never been broadcast and, until recently, the footage had lain dormant for half a century.

Now, as we celebrate the 250th anniversary in 2020, the series has been resurrected in its original form. It was recorded when Daniel Barenboim was in his late twenties, full of talent, charisma and early authority. During the episodes, he talks and plays extracts at the piano, illustrating the defining characteristics of Beethoven’s compositions and sharing his personal insight into the composer’s mindset. Throughout, he addresses the camera directly as presenter, adding to the intensity of the narrative. For orchestral pieces, he conducts the New Philharmonia Orchestra or plays at the piano with Sir Adrian Boult taking the conductor’s baton. “Barenboim On Beethoven” is a musical journey charting Beethoven’s progression in the context of his contemporaries such as Mozart and Haydn. Over twenty key compositions are performed and dissected, making this a unique body of work.