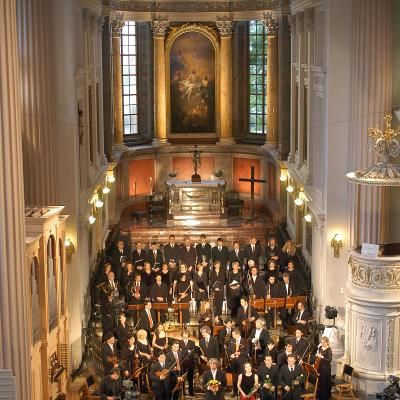 Since 1999, the Leipzig Bach Festival represents the worlds major festival according to J.S. Bach. This concert is one of the highlights of the Leipzig Bach Festival 2004. With the soloist, who are all experts in Baroque vocal music, the chamber choir Ex Tempore, also specialized in music of the 17th and 18th century, and La Petite Bande, an outstanding orchestra for early music, Sigiswald Kuijken has high professional musicians to perform two of the most remarkable vocal works by J.S. Bach and his most famous son: The two-part cantata "Ascension Oratorio" has its origin in an elder secular work and includes some arias which occur again in the b Minor mess. The thematical related oratorio by C.P.E. Bach, originated 40 years later, is an important masterpiece of the genre and tells with multifaceted musical colours the story of the Ascension of the Christ.