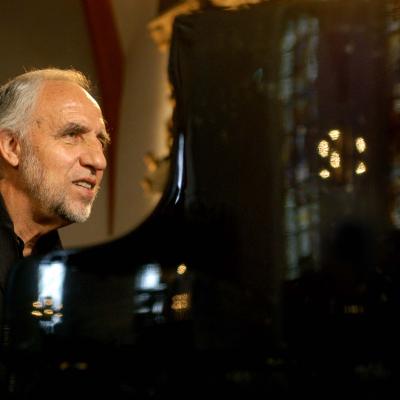 In 1959, Jacques Loussier hit upon the idea that was to make his international reputation, by combining his interest in jazz with his love of J.S. Bach. Only a pianist with such an exceptional classical technique and deft improvisatory skill could have nurtured such a vision. He founded the Play Bach Trio, which used Bach's compositions as the basis for jazz improvisation. The trio immediately caught the public imagination. In their live appearances, tours and concerts, plus a succession of recordings built on the cornerstone of four albums made between 1960 and 1963, Loussier's group achieved the breakthrough to popular commercial success enjoyed by only a select few jazz musicians. In fifteen years, the trio sold over six million albums! On July 28th 2004, the day of Bach's 254th anniversary of death, the Jacques Loussier Trio perform a special concert at the famous St. Thomas Church of Leipzig - the city where Bach composed many of his most famous works.