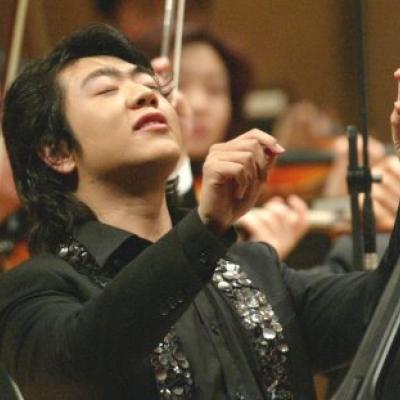 In the face of political and ideological divides between their respective countries, five years ago Daniel Barenboim, an Argentinean Jew and Israel's most famous conductor and pianist, along with Christian Palestinian philosopher Edward Said, put together the West-Eastern Divan Orchestra. Symbolically named after Goethe's book of poems called West-Östlicher Divan, a synthesis of Islamic and European poetry published as the Napoleonic Wars drew to a close, the Orchestra comprises an equal number of young Israeli and Arab musicians aged between 13 and 26. For all its symbolism, and hopefully something rather more than that, the aims and ambitions of the West-Eastern Divan Orchestra are first and foremost musical ones: the Middle East's political divides are eschewed for a union of musical talent, which speaks volumes for cultural interaction. Once the music starts, that is what matters. And it mattered considerably at this concert, the orchestra's members fresh from a residency in Seville - radiating learning and conviction, and sharing the wonderful power of music in no uncertain terms. In this live-recording from a concert in the Victoria Hall in Geneva two familiar masterworks were presented with significant import, Beethoven's 3rd piano concerto and Tchaikovsky's famous 5th Symphony. "A standing ovation followed, for once absolutely in keeping with the performances given." Le Temps "Simply sensational!" Independent