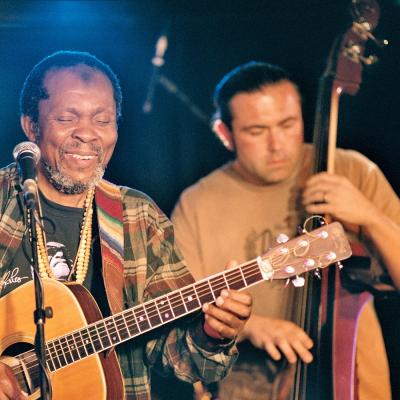 Three generations of listeners have been turned on to the music of mystic singer/ songwriter Terry Callier. During the 1960s, concerts at the "Bitter End" New York, made him a leading figure in the early folk boom. In the 1970s, recordings for Chess/Cadet crystallised his style- a unique brand of soul, folk, jazz and a deeply moving poetry. It gained him an impassioned following among R&B hipsters and reinforced his reputation as a vocal legend. Following a series of disillusioning experiences amid the disco-craze in the early 1980s, Callier took his leave from the music business, swapping the roller-coaster life of a musician for the stable life of a computer-programmer to provide his daughter with a safer life-style. For 15 years, Terry Callier will lead his life unnoticed. In the mid 1990s, disco is over and the blossoming Clubs in Britain are looking for outstanding musical inspirations. London based DJ Gilles Peterson happens to find a single that blows his mind and that is soon to reach cult status in the clubs. It is Terry Calliers very last single " I don 't Want to See Myself Without You ". The man who has written music history in the 1960s and 1970s is awakened from his musical coma. Callier gives way to the calls of a new generation of both musicians and fans like Paul Weller or Erykah Badu. In 1995, he returns to the stage after a 15 year break, literally talked into a comeback by an audience that had kept on asking relentlessly: "Whatever happened to Terry Callier?" The overwhelming success of his concerts led to new record deals for the next decade including cooperations with Paul Weller, Gran Tourism, Massive Attack, Jazzanova, Koop, 4Hero and Zero7. "Terry Callier - Live in Concert" covers the unique work of this legendary singer/songwriter for the first time in High Definition quality.