Rivalry in Music – Furtwängler vs. Toscanini 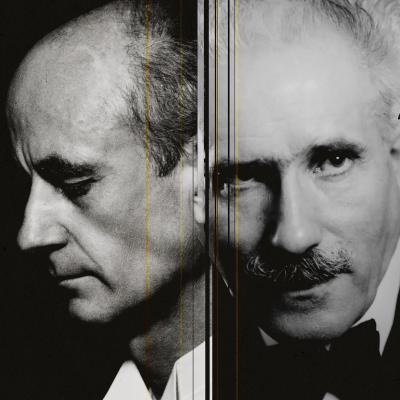 Two men without whom the profession of conductor wouldn’t be what it is today. Two men who couldn’t have been any more different from each other: Arturo Toscanini and Wilhelm Furtwängler.

One of them was a visionary, rigorously faithful to the musical score, the other with his radical subjectivity was recognised even in his lifetime as being seemingly from a past century.

One was shockingly inhibited, scolding his musicians during rehearsals, even slapping them – the other was full of self-doubt.

In the first half of the 20th century the two behemoths were revered like todays popstars. When in 1931 both of them conducted at the Bayreuth Festival – for the first and last time – it was a magical moment, the stuff of legends. But soon the polite rivalry turned into bitter enmity. Both men were forced to take a stance on fascism in their respective countries – and chose radically different paths.

Toscanini, the hot-headed conductor who goes by the nickname “the dictator” bravely defies Mussolini early on. Furtwängler, a dyed-in-the-wool-conservative on the other hand, proclaimed that art is always apolitical and reluctantly makes a pact with the Nazis.

While Toscanini emigrates to the USA, becoming a media star, Furtwängler risks his neck conducting for the Hitler Regime.

The documentary not only opens up the different musical worlds of the two great conductors by re-tracing their careers in Milan, Bayreuth and New York – it also poses a question which today is more relevant than ever: What does art have to do with morality?