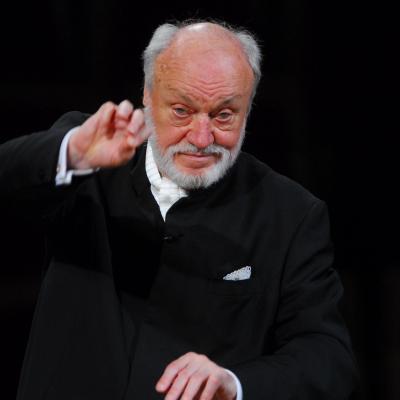 To celebrate his 80th birthday, Kurt Masur led “his” Gewandhaus Orchestra in a special gala concert. For his birthday concert, Masur, currently principal conductor of the London Philharmonic Orchestra and the Orchestre National de France, chose a varied, celebratory programme with works by composers highlighting his conducting career in the United States, France and Germany. Abounding in energy, alert as ever, Masur has been untiringly lending new impulses to the entire orchestral repertoire. From 1970 until 1996 he did so as Gewandhaus Kapellmeister of the Leipzig Gewandhaus Orchestra, a position that has almost come to be identified with his name. He is still Conductor Laureate of the ensemble; the fact that he chose the orchestra for his birthday celebration expresses his gratitude and respect for the orchestra that accompanied him during momentous and troubled times. Kurt Masur had an eventful life - he was famously swept into politics as a peacemaker when the Berlin Wall was about to fall.