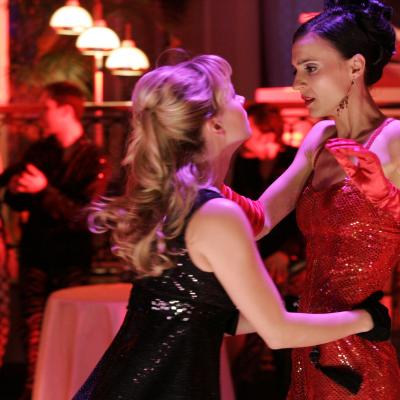 Roxana is the first ever film adaptation of Daniel Defoe’s extraordinary 17th century novel exploring the world of an ambitious, modern day courtesan. Transposed into a 20th century setting, this sumptuous production stylishly integrates music, dance and drama to highlight the complex relationship between material ambition and sexuality. Beginning in the colourful and exotic world of the nightclub era of the late 1950s, and winding its way into the psychedelic costumes and settings of the 1960s, and stars many of the leading performers in the film and dance worlds, including Greta Hodgkinson, Rex Harrington, Christopher Body and Sheila McCarthy.