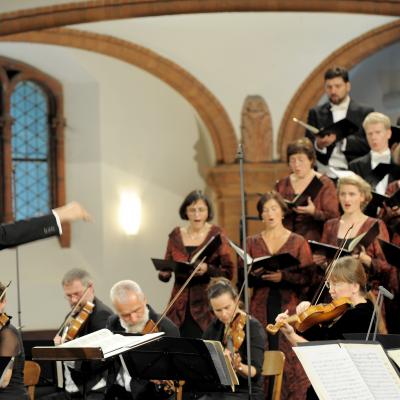 Gioacchino Rossini's Petite Messe Solennelle was written in 1863, "the last", the composer called it, of my "péchés de vieillesse" (sins of old age). For its first performance (1864) Rossini arranged the work with only two pianos and harmonium. Partly for fear that it would be done anyway after his death, Rossini discreetly orchestrated the Petite Messe Solennelle during 1866-67, without losing its candor and subtlety. The resulting version had its first public performance on 28 February 1869, three months after the composer's death. "Mr Chailly's genius for the Rossini style has ripened with the years. His performance has daring and velocity." Gramophone