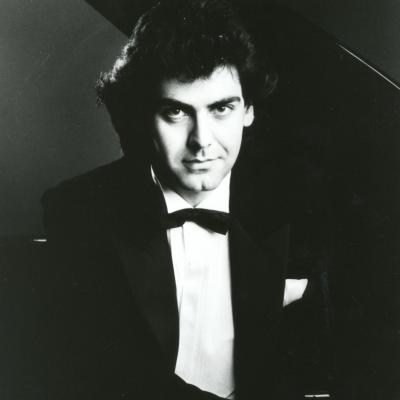 Carnegie Hall concert of the legendary Armenian pianist. 2-part all Chopin recital. In the spring of 1985, the gifted yound Armenian pianist Artur Papazian made his Carnegie Hall debut with a recital described in the "New York Times" as "one of the season's most exciting concerts". The following year he appeared on short notice in a Town Hall programme and again the "Times" was on hand to describe Maestro Papazian and his playing as "splendid". After several years of international concertizing, Mr. Papazian returned to Carnegie Hall on March 28, 1995 with an all-Chopin programme cover and virtual inconceivable to bring off successfully. In the words of Alfred Cortot, Chopin's Etudes are "as inaccessible to the musician without virtuosity as they are to the virtuoso without musicianship." That historic evening, as this video documentation clearly proves, Artur Papazian eloquently demonstrated that he is both a musician with virtuosity and a virtuoso with extraordinary musicianship.