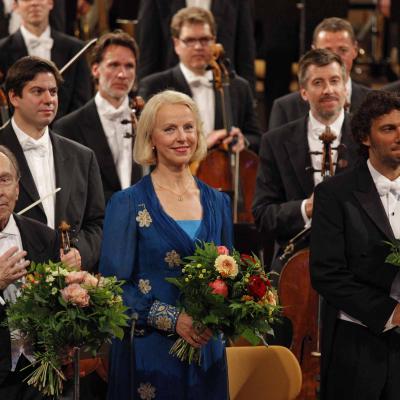 Almost 10 years after Maestro Abbado left the Berliner Philharmoniker he returns to tribute one of the greatest composers of the 19th century: Gustav Mahler. Claudio Abbado caused a sensation with his Mahler interpretations during his time as musical director of the Berliner Phiharmoniker and is counted today among the best Mahler interpreters. Together with the well-known Mahler singer Anne Sofie von Otter and renowned tenor Jonas Kaufmann (Echo Award “Singer of the Year”, 2010) they commemorate Gustav Mahler’s 100th day of death on 18 May. They present Mahler’s last symphony which remained unfinished at his death in 1911 and Das Lied von der Erde, considered by him as “probably the most personal composition I ever created”.