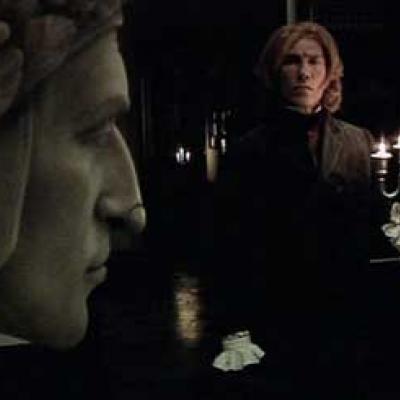 This documentary, completed in the bicentenary of the birth of Liszt (1811-1886), attempts to recount the extraordinary, highly eventful life of the great Hungarian composer, with particular emphasis on his relation with Italy and with Italian art and culture. Although the whole of his life is covered, special attention is given to his first visit to Italy (1837-39), when Liszt conceived a great part of his most important compositions: the two Concertos for piano and orchestra, the Totentanz, the Transcendental Studies, the Dante Sonata. Furthermore, it was in Italy that Liszt invented the recital, and it was Italy that marked the beginning of his grand international tour that was to transform him into the first “rock-star” ante litteram. It was in those years that he experienced his first important sentimental relationship: with Marie d’Agoult, the mother of his three children, who accompanied him during his artistic pilgrimages, documenting them in a rich and intense diary. The composer’s life is narrated through the reading of original letters and diaries written by Liszt and Marie d’Agoult, accompanied by reconstructed scenes of the period that re-evoke their stays on Lake Como, in Milan, Pisa, San Rossore and Rome – the inspirational sources that fired Liszt’s creative instinct: to see Italy through the eyes of Liszt. The main characteristics of Liszt’s poetics and the reasons for his historical importance as an innovator of the language for piano and of concert “conventions” are dialectically explained by some of the most authoritative scholars of Liszt, including Charles Rosen, Leslie Howard, Antonio Pappano and Evgeny Kissin. Besides the celebrated performances of famous interpreters of Liszt such as Gyorgy Cziffra and Earl Wild, the documentary also features numerous musical examples played on the piano by Rosen, Howard and Roberto Prosseda, who focus their attention precisely on the pieces that make up the collection “Années de Pèlerinage, Italie”, the piano cycle in which Liszt openly expresses his love for Italian art and culture.