Closed - A Ballet from Real Life 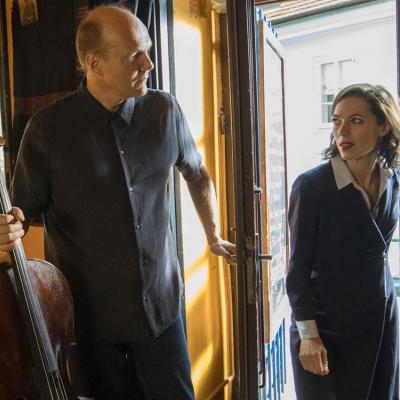 Many people live in a closed world. What happens to them when they step onto an arena where they can be themselves, free of their usual roles and status? In the film Closed we encounter four completely different people who once a week leave their everyday lives and get together in a closed café, where they get the opportunity and help to relax and momentarily distance themselves from reality. These encounters have a certain touch of ritual to them. Here, the participants dare to open themselves up to external impressions. They allow themselves to be affected by each other’s liberated exposures and to respond positively to what society at large would regard as strange behaviour. Two men, one woman and a proprietor who is obsessed with cleaning. The smallest speck of dust must be removed immediately. He always has a dust cloth to hand. This externalized and bizarre behaviour is challenging to himself as well as to those around him. Then, an alien element is introduced. A famous musician, the cellist Truls Mørk, has been given the proprietor’s permission to rehearse a concert set that he will later play in town. The music, Zoltan Kodály’s Sonata for solo cello Op. 8, is intense and riveting and affects all four of them to an extent that has consequences for them all. They are torn out of their roles, conflicts occur, and the proprietor completely loses control over both his cleaning obsession and his guests. The whole thing ends in mayhem, which perhaps was necessary for them all to be able to move on with their lives. Even the café gets a new lease of life, with a new proprietor.