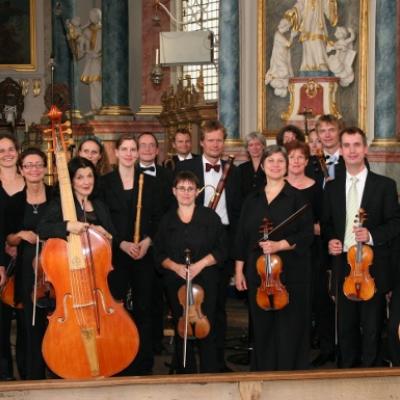 In the ensemble’s Advent concerts at the Marktkirche, the Knabenchor Hannover sets out under the baton of Jörg Breiding in search of the dynamics and tensions that build up in the weeks between the First Sunday of Advent and Christmas Day – the tensions between penitence and joy, between peaceful reverence and unceasing exultation. This pre-Christmas atmosphere is captured in sound and image: Nun komm, der Heiden Heiland (BWV 61), a cantata for the First Sunday of Advent, is recorded here alongside two cantatas for Christmas Day: Christen, ätzet diesen Tag (BWV 63), and Jauchzet, frohlocket, auf, preiset die Tage (BWV 248 I) – the first cantata from Bach’s famous Christmas Oratorio. The choir and vocal soloists are accompanied by the Barockorchester L’Arco. The musicians of the Hanover-based ensemble perform on instruments that would have been used in Bach’s day. The string players, for example, play with special bows, and with gut rather than steel strings. Along with the appropriate phrasing this allows them to achieve a very lean and transparent sound. The number of players within each group is also modelled on the conditions Bach would have known: the first and second violins as well as the violas are represented by four musicians each. The bass or continuo section consists of two cellists and a violone, a low-range string instrument of the viol family, which in the Baroque period had the role of the modern double bass. Woodwind and brass, which are also modelled on the analogous instruments of the Baroque period, complete the orchestra. The cantatas’ settings differ especially in their scoring for the woodwind and brass sections. This allows for the individual, unique character of an Advent cantata on the one hand, and of a Christmas cantata on the other, to be adequately reflected in the instrumentation and musical expression of each work.