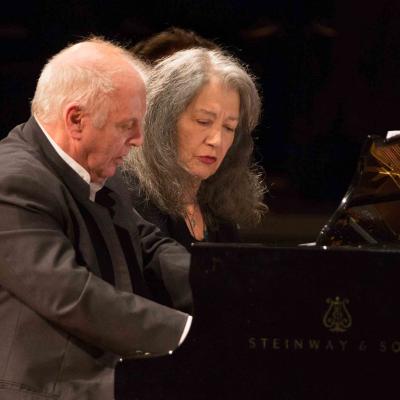 Both come from Buenos Aires, both have made global careers for themselves. Martha Argerich and Daniel Barenboim are not only fellow countrymen; they also both began to give concerts in their youth, as soloists and with an orchestra. In addition, the two have a particular interest in chamber music in common - the repertoire spanning from the classics to modernism. They now appear together: a summit meeting of two of the most eminent pianists of the past few decades and of the present.