Country Roads – The Heartbeat of America 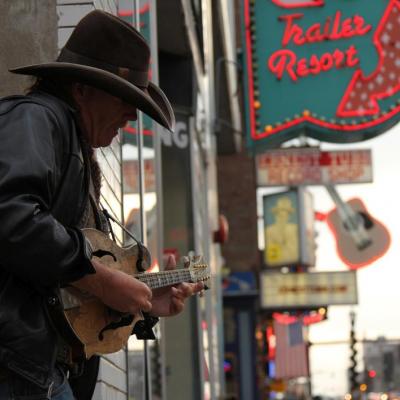 Country music does not enjoy a good reputation - at least not in Europe. Country is barely within the boundaries of good taste. Country ‒ that’s botoxed women and flabby men with guitars. Just one look at the American Country Music Awards (ACM) and everything becomes perfectly clear: mediocre pop-music with bad lyrics that consult varying quantities of mother, homemade pie, cold beer, and USA - and throw them together in good measure to define the concept of ‘home’. Country celebrates the simple life, the limitation to and contentment with the home, family and friends: an exploration of one’s lot in life. But what else is there to Country? Country, that’s also Johnny Cash, Townes van Zandt and Steve Earle. A value-conservative America, that considers its fellow human beings with empathy. They still exist in today’s America: They’re the children of the legends: Steve Earle’s son Justin Townes Earle, Johnny Cash’s son John Carter, and Songwriter Liz Rose’s daughter Caitlin.