A Film and its Era: The Umbrellas of Cherbourg (Jacques Demy) 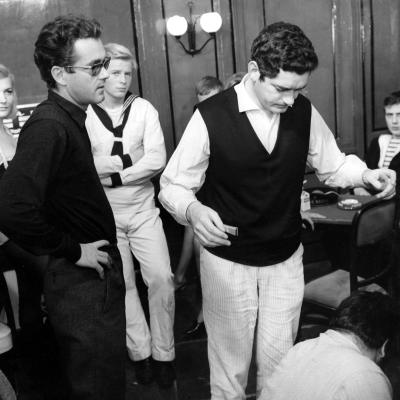 Jacques Demy directs ‘The Umbrellas of Cherbourg’ in 1963. Portrait of a film : Geneviève and Guy fall in love in Cherbourg, in 1957. Guy is called to service in Algeria, leaving Geneviève behind, pregnant and broken-hearted. The film is the dream realized of a ‘complete’ movie, entirely sung like an opera, and lit like a painting by Matisse. Two years were needed to convince a producer: Palme d’Or at Cannes in 1964, Jacques Demy’s greatest success in France and around the world. Portrait of an era: a first love, victim to a war without a name, the war in Algeria. The young woman who becomes a single mother gets married to keep up appearances. Between American rock’n’roll, jazz, French yéyé music and English pop, young Baby boomers impose themselves socially through music. Portrait of a director: A décor that is partially autobiographical, total harmony with Michel Legrand, the multi-talented musician, and a fateful meeting: Catherine Deneuve. He would make her the princess of his movies, and a star.