A Film and its Era: La Dolce Vita (Federico Fellini) 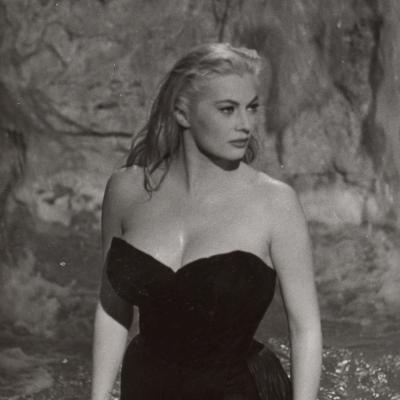 Fellini directs La Dolce Vita in 1959. Portrait of a film: in 1950s Rome, Marcello Mastroianni, a celebrity journalist, wanders from party to party, night after night, and above all, from woman to woman. The film is a spectacular portrait of a rich, indolent Italy, bathed in debauchery; the film provokes an immense scandal. In spite of threats of excommunication and calls for censure, the film is a global success. Portrait of an era: after Fascism and the war, Italy is an economic miracle and enters, willing or not, into modernity. At the same time, the mass arrival of directors and actors to the Cinecitta studios turns Rome into a new Hollywood. In a premonitory manner, La Dolce Vita predicts the arrival of a highly mediatized society and the liberation of morals to come. Portrait of a director: with La Dolce Vita, Fellini, in his 40th year, becomes the new maestro of Italian cinema. A departure from realism and classical narration, the film becomes the synonym of a certain style of life and liberates Fellini’s profound inclination for the imaginary, dreams, and studio filming. Fellini’s cinema becomes Felliniesque.