A Film and its Era: Lacombe Lucien (Louis Malle) 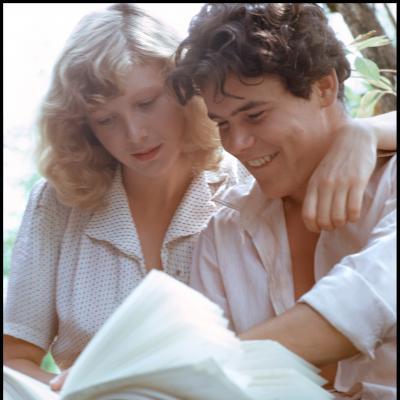 Louis Malle shoots Lacombe Lucien in 1973. Portrait of a Film : A small town in the South-West of France in June 1944, shortly after the Allied landings. Son of peasants, Lacombe Lucien seeks to join the Resistance, but he is considered too young. One evening he is caught by the curfew and arrested. He supplies to the Gestapo the name of the local leader of the maquis and joins the tracking and torturing of Resistance members. However, he falls in love with a Jewish girl who lives in hiding in the small town with her father and grandmother. Little by little, he takes a liking to this family, and he even saves part of them from being arrested. Lacombe Lucien will be arrested and executed after the Liberation. Portrait of an Era : Lacombe Lucien is released in February 1974 in the France of Georges Pompidou. The myth of a resistant France, propagated by the Gaullists and the Communists, is crumbling. In 1973, «Vichy France» by the American historian Robert Paxton represents a milestone. The book refutes the thesis of a wait-and-see Petain and underlines on the contrary the pro- German activism of the Vichy regime, particularly concerning the Jewish question. In this context, the reception of Lacombe Lucien is a success mixed with controversy. Portrait of a Director : In 1974, Louis Malle is 42. He is a well-established filmmaker, close to the New Wave but always a maverick. The scandal surrounding Lacombe Lucien determines the filmmaker to move to the USA, where he continues his career and dies in 1995. Louis Malle returned to France only in 1987 to shoot Au revoir les enfants, a sort of epilogue to Lacombe Lucien, inspired by traumatic personal memories dating from 1944.