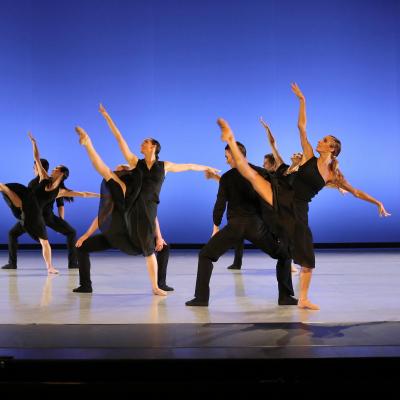 Thierry Malandain followed the usual path of a classical dancer but with a strong taste for the unconventional and an unusual tenacity. For the Malandain Ballet series, he choreographed Silhouette, Estro and Nocturnes, with all three programmes having strong ties to both his native France and to classical music. The Silhouette solo was created for dancer Frederik Deberdt featuring music from Beethoven. It takes place in the gardens of the Hotel de Silhouette, named after Louis XV’s general treasurer Etienne de Silhouette. Estro features excerpts from Vivaldi’s L’Estro Armonico, one of the most influential collections of instrumental music to appear during the 18th century. Malandain created this ballet on the elevation of desire with the aim to reach the peak. Frederic Chopin translated the moods that tortured him into his Nocturnes. By transcending the idea of combining two things as conflicting as dance and death, Malandain’s Nocturnes is like a fresco, a dream crushed under the weight of eternal melancholy.

Music by Beethoven, Vivaldi and Chopin