There Are No More Four Seasons 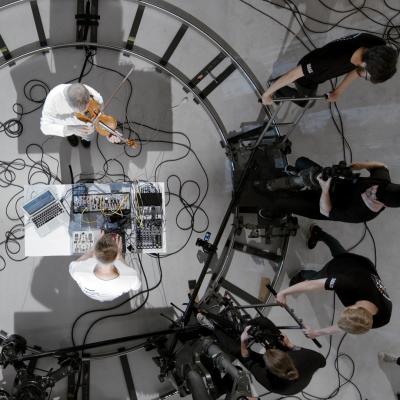 George Kentros and Mattias Petersson in a live performance of their recomposition of Vivaldi’s "Four Seasons" for violin and live electronics. Originally the album was released 2008 and the biggest Swedish daily paper Dagens Nyheter named this spectacular debut one of their top ten classical CDs of the decade. They have been
touring all over the world with their music and now it’s available as a live TV recording which is as experimental as the music.