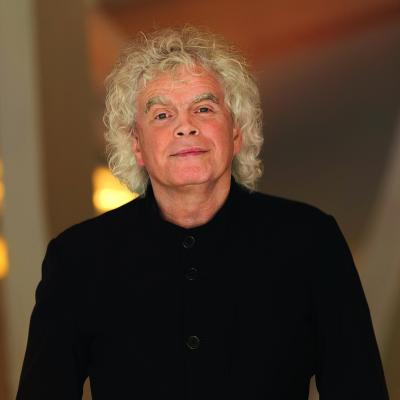 Having made his conducting debut with the Berliner Philharmoniker in 1987, Sir Simon Rattle was appointed as Claudio Abbado‘s successor in 1999. On 7 September 2002, Sir Simon gave his first concert as the orchestra‘s chief conductor.

Sixteen years later, an era is coming to an end.

How will Sir Simon and the Berliner Philharmoniker shape the end of their era? The claims have been staked, most highs and lows of the relationship have been surpassed. It is the period of the greatest common denominator and the greatest serenity. „Echoing an Era“ finds us amidst the part of the relationship that we will come to miss the most. This gives us the opportunity to comprehend which sides of Sir Simon Rattle’s personality have come to define his time with the Berliner Philharmoniker the most.