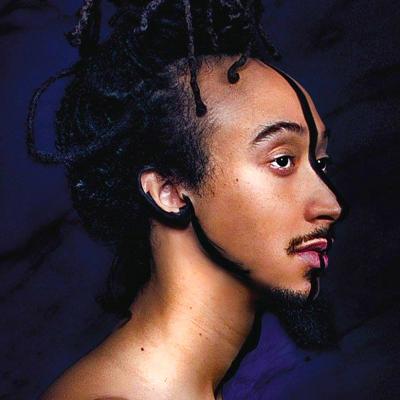 Theo Croker was born and raised in central Florida but at the age of eleven he heard his grandfather Doc Cheatham (a great jazz trumpeter) playing in New York. Doc died the following year but Theo continued to listen to his recordings. “i would just seat in my room and play my trumpet for hours without knowing what i was doing. I would slowly teach myself new notes and playing along with recordings of my grandfather and other greats. I noticed that i could fit in with what i was hearing harmonically”, he says. Theo had his first chance to perform for a jazz audience at a memorial service for his grandfather. “I was only twelve years old, but the way music touched people and the way it made me feel was enough to set me up for life. I knew it was what I wanted to do.” In 2013 Croker returned to the united states after a seven-year stay in Shanghai, China, where he broadened his concept of jazz to encompass other complementary genres such as Salsa, Fusion-Rock, R & B, Hip-Hop and Blues. That same year Theo met and performed for the first time with vocalist Dee Dee Bridgewater who solidified her professional relationship with Theo when she signed him to her label ddb records to began production in New York city on the album Afrophysicist, which was based on the musical concepts Theo developed with his bands the Theo Croker Sextet and the Afrosonic Orchestra & Collective. The album includes musical contributions from Stefon Harris, Roy Hargrove, Karriem Riggins, Dave Gilmore, and Dee Dee Bridgewater. The new album, escape velocity, doesn’t attempt to fit a single specific musical category, but draws upon the first principle of Jazz: to merge and interpret history, styles and ideas and create a unique sound.