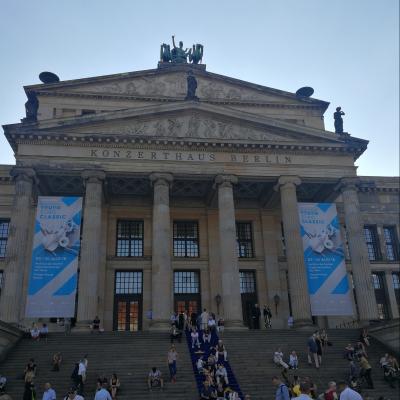 More than 40 years of the European Union Youth Orchestra: a European success story which the Young Euro Classic audience has followed closely since the festival’s founding. Time and again, the orchestra, which unites the best young musicians from all the EU states, has gleaned standing ovations at the Konzerthaus. And the EUYO commands not only the best players, but has also welcomed the greatest conductors on its podium, whether it was Claudio Abbado, Bernard Haitink, Herbert Blomstedt or this year Gianandrea Noseda.