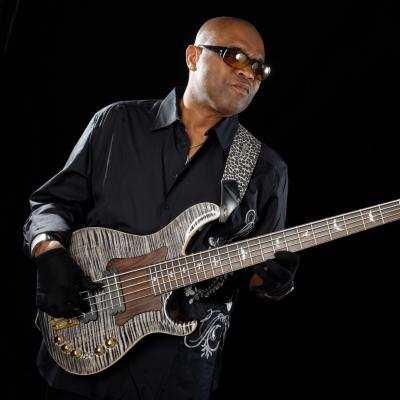 Etienne MBappé is a bass player, song-writer, singer and composer, who's most famous as a band-member of „John McLaughlin And The 4th Dimension Group“.
In October 2014 Mbappé formed his own band, for which he recruited some of the most talented musicians from the Paris club scene. After two years searching for the perfect band-members, he finally found his foundation, that's intercultural and stylistically heading for the future. So „Etienne Mbappé & the Prophets“ was formed and quite a fuzz right away.
Mbappé, who's trademark is his black silk gloves, manages to mix within his music the free improvisation of jazz with complex compisition and his possitive messages of love, tolerance, freedom and acceptance.