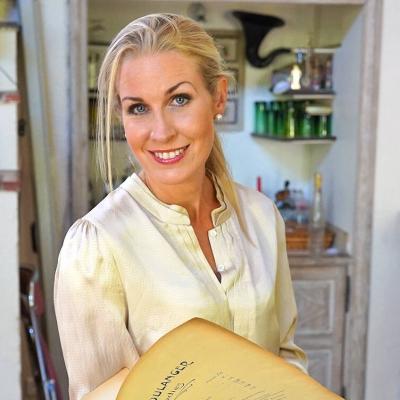 To fill in a gap in music history: This miniseries tells the story of some of the amazingly strong female composers and their hidden orchestral music, narrated by the charismatic Norwegian conductor Cathrine Winnes. We follow their fights as they take their music out of the domestic chambers and into the public realm. Stakes were extremely high. Some gave up their children. Others divorced their husbands or composed in secret at night. More than one published under their brothers’ names. Today we know them as Fanny Mendelssohn Hensel, Signe Lund, Lili Boulanger, Cecile Chaminade and Clara Schumann. And of course, Ethel Smyth and her toothbrush.
Ep 1 “The Main Stage”: The times change and women´s music march into the public. Our societies changed. and so did the music.
Ep 2 “The Salon”: We explore how some of the pioneers came out of the salons, and the ideas they were up agains. If a woman made small and delicate music, it would be regarded as feminine, but inferior to large scale “masculine” music. But when women started to compose big, they were criticized for opposing their “natural” femininity.
Ep 3 “The Genius”: Did we miss out on a female Mozart or Bach? Lili Boulanger was the first woman ever to win Prix de Rome. Her story is perhaps the most moving of them all. She died when she was only 24, but managed to compose some extraordinary pieces in her short life.
Ep 4 “The legacy”: We see women in important positions in music life in the 20th century, but what happened to the music. Finnish composer Kaija Saariaho had composing women role models when she was growing up and studying, which made her echo the question Clara Schumann had asked herself: How could she be “the one”?