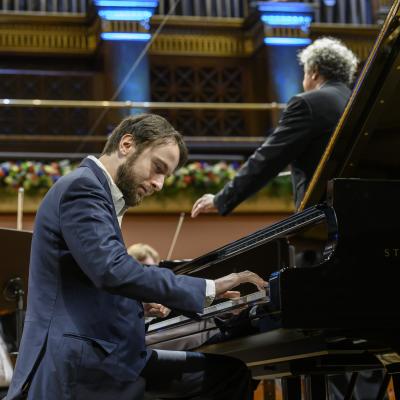 The evening begins with Shostakovich’s Concerto for Piano, Trumpet and String Orchestra, with pianist Daniil Trifonov and trumpeter Selina Ott as soloists, and it ends in fireworks with Dvořák’s Symphony No. 8. The Eight’s lyrical and joyful melodies are inspired by the Bohemian folk music tradition that was so dear to the quintessential Czech composer Václav Neumann (1920 - 1995) and to whom the opening concert is dedicated to. Neumann, who directed the orchestra from 1968-1989, would have turned 100 in September. The programme reflects Neumann’s immense contributions to the world of classical music and to the storied ensemble whose prestigious reputation he helped craft.