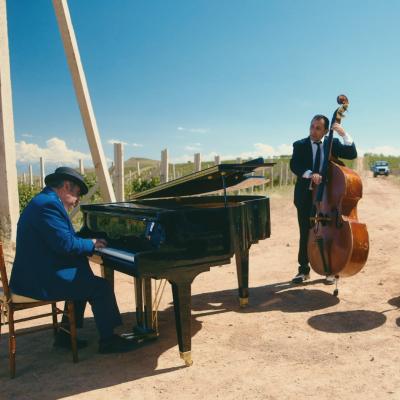 They invented wine. They have their own church and pope, the Catholicos. Their capital Yerevan is 2700 years old, their writing culture ancient, the literacy rate at 100 percent. Yet above all, the small country on the sunny side of the Caucasus at the foot of the snow-covered Ararat, today hardly bigger than Massachusetts, has one of the oldest and richest musical cultures in the world: Armenia.

Until today, Armenia is first and foremost associated with expulsion and annihilation through the Ottoman terror in the early 20th century. The genocide of more than a hundred years ago, immortalized by the Austrian Franz Werfel in his novel “The Forty Days of Musa Dagh”, has shaped the European view of Armenia. Seven decades of Soviet rule have also done their share to almost completely interrupt an outside access to the country’s cultural treasures.

“From the Depths of the Soul” is a musical voyage into a country that not only stands for “genocide”, but is also one of the most remarkable and oldest cultural nations of the world. This documentary goes on a journey in search of the sound of Armenia between yesterday and today. Because whoever meets Armenian present day artists always encounters their past. We will elucidate this by meeting very different musicians and their musical worlds, making their portrayal the centre of our cinematic expedition.