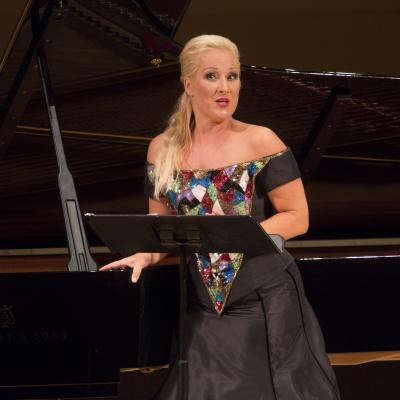 For the first time, the Berliner Philharmoniker‘s new chief conductor Kirill Petrenko will be at the helm for the traditional New Year’s Eve concert – which at the same time reveals a new, vibrant facet to Petrenko’s repertoire. The evening’s programme takes us on a musical journey to the USA: with dances from Bernstein’s West Side Story and Gershwin’s An American in Paris.

Star soprano Diana Damrau, performing with the Philharmoniker for the first time, will accompany Kirill Petrenko on his excursion into the field of musicals. She has, however, already worked with him a number of times and she raves about his conducting style: “He’s a magician!”

George Gershwin: Girl Crazy Overture, Richard Rodgers: “If I loved you” from Carousel, Leonard Bernstein: “I feel pretty” from West Side Story, Leonard Bernstein: Symphonic Dances from West Side Story, Kurt Weill: Foolish Heart from One Touch of Venus, Kurt Weill: Lady in the Dark, Symphonic Nocturne (Suite, arr. Robert Russell Bennett), Stephen Sondheim: Send in the clowns from A little Night Music, Harold Arlen: Over the Rainbow from The Wizard of Oz, George Gershwin: An American in Paris