Struggle with the Devil – DSO with Robin Ticciati 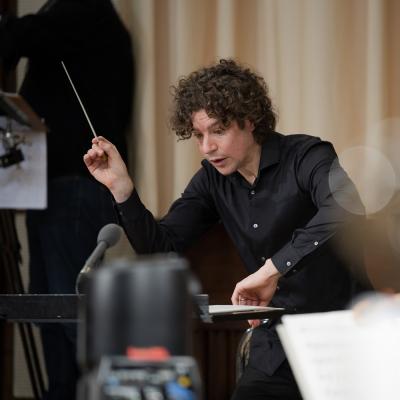 Together with Paul Hindemiths “Sancta Susanna”, recorded in April 2012 and conducted by renowned Hans Graf, both recordings form the programme “Struggle with the Devil”- which can now be seen on the screen.

The video installations are designed by Ergo Phizmiz, one of the most productive artists in the world. EP is impossible to box into one particular genre of art. His work is beautiful, bewitching, bewildering and at times terrifying. Over the past decade he has created a body of work of hundreds of hours across theatre, song writing, text, electronic music, collage exhibitions, installations, opera, video, and radio plays that has constantly defied categorisation and been performed or broadcast all over the world.