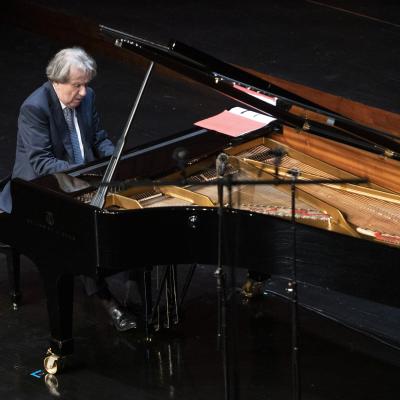 Pianomania! There is no other instrument capable of sounding so complete nor of repeatedly arousing such great delight. Whether to accompany a song or to perform the most demanding and virtuosic solo piece, the remarkable versatility of the piano makes it an instrument of almost endless potential and reinvention. As much a permanent feature in popular music as it is in classical music, the piano has been the instrument chosen by many of the most brilliant musicians in history and it is also the inspiration for the programming of the “Pianomania” series. In this programme Rudolf Buchbinder plays Diabelli, Tan Dun, Widmann, Liszt, Schubert, Czerny, Beethoven and Grünfeld.