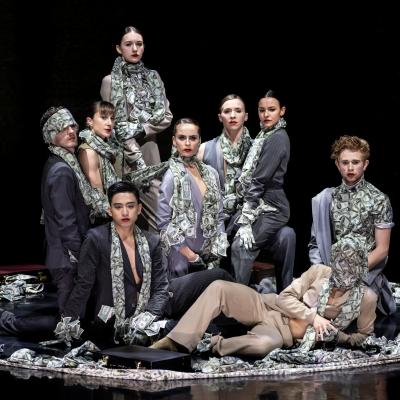 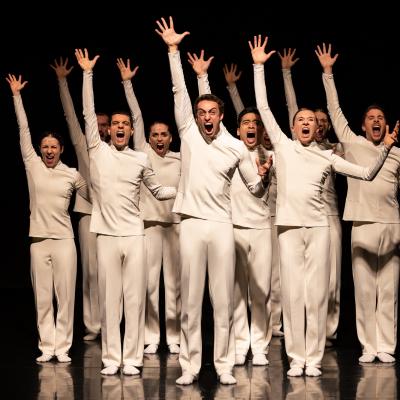 Envy, greed, gluttony, anger, lust, sloth, pride.... In the Catechism, seven offences are considered sins so extreme, that they cannot be forgiven. In art, they have inspired all genres: from Renaissance painters to Hollywood films. Eric Gauthier offers them danced – in seven different ways. He follows the Cadavre Exquis model, a game of the Surrealists in which several artists put together a drawing or sentence on a folded sheet without knowing about the contents of the others. Gauthier brings together the crème de la crème of international choreographers for his collective collage: Aszure Barton, Sidi Larbi Cherkaoui, Sharon Eyal, Marco Goecke, Marcos Morau, Hofesh Shechter and Sasha Waltz with each creating a dance piece without knowing about the work of the others. A mosaic of images is assembled into a large, metaphor rich tableau.
Each of these seven artists will portray one of the deadly sins in movement at the Stuttgart Theaterhaus – dark, garish, minimalist or iconoclastic, from dance theatre to performance to modern ballet. Perhaps to the music of the same name by Kurt Weill with provocative texts by Bertolt Brecht, or other sinful sounds; each choreographer decides on their own. They are all artists with great theatrical visual power and, as directors of their own companies, look forward to the challenge of the small form. Their visions will be realised with up to seven dancers from Gauthier Dance.
Through dance we learn what these key biblical words mean to us today, for, are we not still confronted with sins such as anger and pride? Hasn't greed become socially entrenched today, even the driving force of economic life? Do the deadly sins shape our modern world order as the psychosocial forces they once were? As different as the choreographers’ personal idioms might be, as different are their aesthetics and their motivations: political, philosophical, feminist or psychological, they are all fiercely moving.