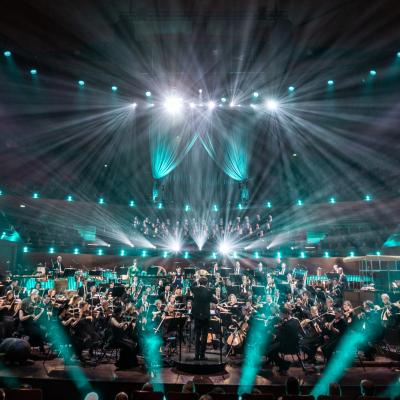 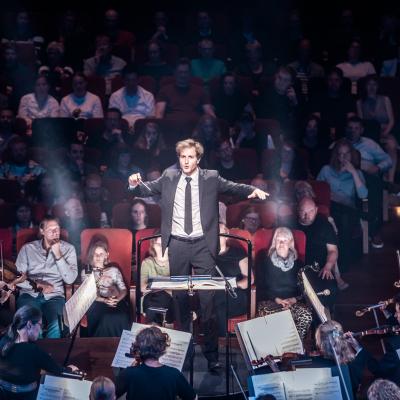 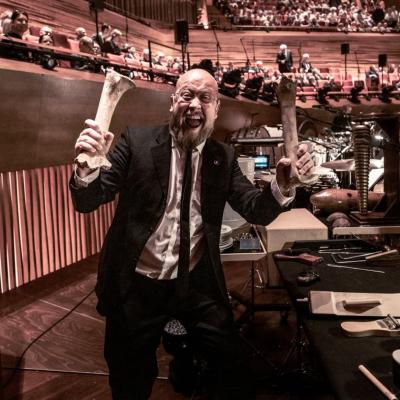 The DR Koncerthuset is back with the Danish National Symphony Orchestra, conductor Christian Schumann, DR Big Band, DR Vocal Ensemble and host Jakob Stegelmann, together they are presenting Cartoons in Symphony. The audience is in for a refreshing and entertaining treat of soundtracks from cartoon films such as "Bugs Bunny", "My Neighbour Totoro", "The Jungle Book" and many more.

It's going to be fast, really fast! DR's “Mr. Cartoon” Jakob Stegelmann unleashes all your favourite characters from the world of cartoons and animated films in the Concert Hall in Copenhagen- together with a strong fusion of musicians and singers from DR's choirs and orchestras.
Cartoons are for children and adults alike - and the music in them is at least as entertaining as the pictures! It will be fun, touching, crazy and dramatic when the Concert Hall is filled with living lines drawn in tones in the big room. The DR Symphony Orchestra, DR Big Band and DR Vocal Ensemble have joined forces to take you to a party in the cartoon universes.
Don't miss the colourful music from the films How to Train Your Dragon, Madagascar, Wall-e, Toy Story, Who Framed Roger Rabbit, The Prince of Egypt, Jungle book, Flintstones, The Simpsons, Tom and Jerry, Valhalla and many more.