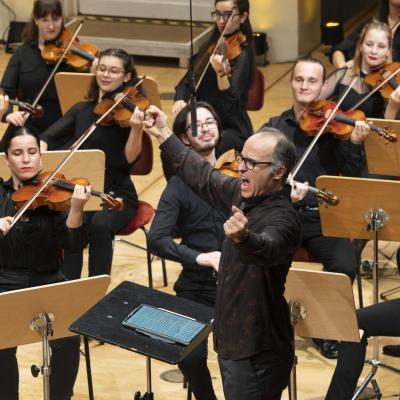 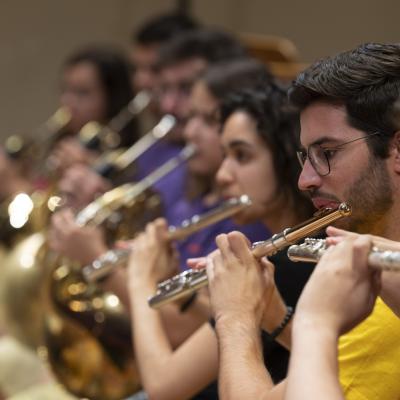 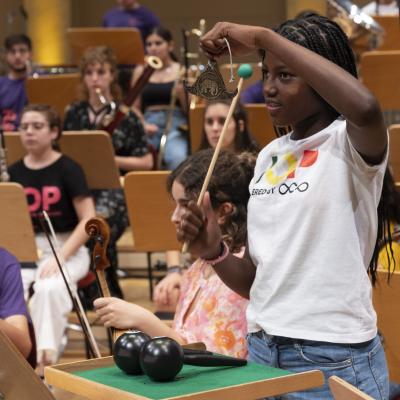 The Jovem Orquestra Portuguesa (JOP), the National Youth Orchestra of Portugal, is a name that resounds with Young Euro Classic audiences. Not only because the young musicians from the extreme west of Europe have such musical qualities, but also because the programmes chosen by conductor Pedro Carneiro are always well-thought-out and intriguing. The red thread running through this one is the multi-faceted theme of “Beginning – Creation – Development – End”. In musical terms, this means that the Portuguese musicians begin with the grandiose opening of Haydn’s oratorio The Creation, describing the chaos before God’s acts of creation. Then there is a brand-new piece by the 22-year-old composer Marta Domingues, which responds to Haydn and features several young people from the Orquestra dos Navegadores, one of JOP’s outstanding social projects, as soloists. The orchestra then takes a huge leap to Anton Bruckner’s Ninth Symphony – his last, unfinished work, which is nothing but his musical testament. This concert will have no shortage of musical delight, but it will also deliver plenty of food for thought and reflection!

Joseph Haydn: ”The Presentation of Chaos” from ”The Creation” Hob. XXI:2, Marta Domingues: "How To Plant A Sound" (world premiere), Anton Bruckner: Symphony No. 9 in D-minor WAB 109