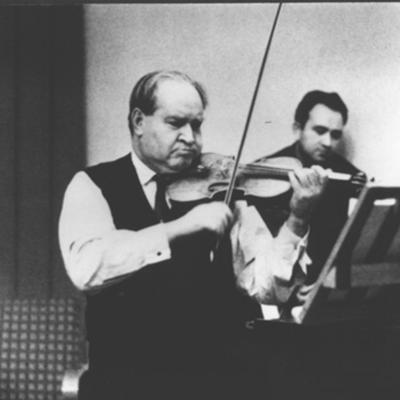 This episode of Classic Archive is devoted to Russian violinist David Oïstrakh, whose nickname was the " Eastern Paganini ". His talents were soon noticed, both in the USSR as well as abroad, particularly when he won the Ysaye competition in Brussels in 1937. David Oïstrakh had a passion for the modern repertory : as a result, Shostakovich and Prokofiev dedicated their violin concertos to him. He also championed the great masters of the past. His tremendous respect for the writing was both humble and prodigious. Let us hear him perform in London. He first plays Bach’s "Violin concerto in A minor", with the English Chamber Orchestra conducted by Colin Davis. What follows is a very rare archive, in which Oïstrakh, playing the viola, performs Mozart’s "Sinfonia Concertante" with his son Igor, on violin. Father and son play under another virtuoso’s baton: Yehudi Menuhin. Here are two opportunities to enjoy the violinist’s sincere faith in music.