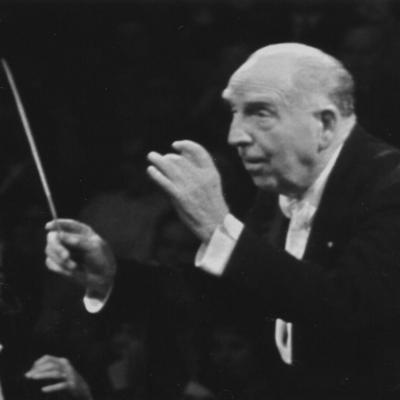 This episode of Classic Archive is devoted to French conductor Paul Paray. He won the famed Prix de Rome in 1911, and later on became a staunch advocate of music with a specific fondness for his native country’s repertoire. He championed it with the passion and the energy it deserved. He began to perform in France and later on in the United States, where he was appointed conductor of the Detroit Symphony Orchestra. In this episode, Paul Paray conducts the ORTF National Orchestra at the Maison de la Radio in Paris, during a 1970 broadcast of Joseph Haydn’s Symphony n°96 in D major "The Miracle". This miraculous Haydn rendition is followed by Schumann’s Symphony n°4 in D minor, sparkling with French elegance and recorded in 1963 with the same orchestra. Finally, the episode ends on Emmanuel Chabrier’s Bourrée Fantasque. Conductor and orchestra display the elegance, virtuosity and skill worthy of genuine ambassadors of French music.