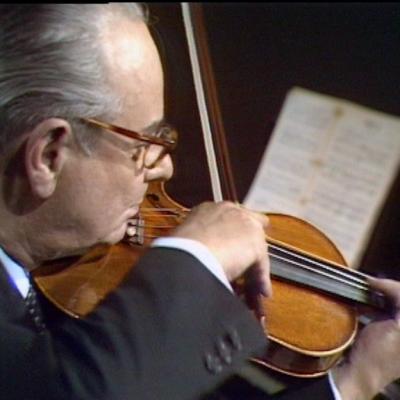 More often abroad than in his own country, Robert Casadesus embodied the excellence of the French school of piano with his sober virtuosity and the elegance of his interpretations. Renowned for works in the French repertoire he was nevertheless a specialist of Mozart and Beethoven. The latter is given pride of place in this programme with the Sonata Op. 18 n° 9 and the piano and violin sonata “to Kreutzer” in which Casadesus meets up again with his favourite partner Zino Francescatti whose amazing talent conquered the whole world. These two sonatas were filmed by French television in 1970.