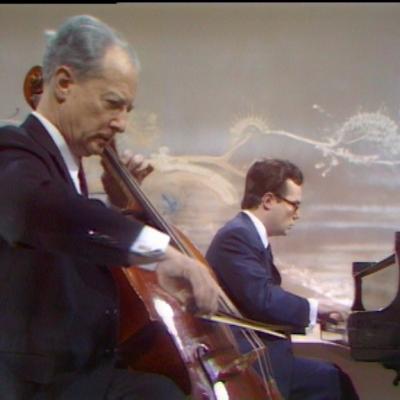 During his entire career, Pierre Fournier recorded several complete collections of Beethoven’s sonatas, with some of the greatest pianists such as Arthur Schnabel, Friedrich Gulda and Wilhelm Kempff. From the 1960s his son Jean Fonda became his privileged partner. In this episode we see them getting to grips with the two last Beethoven sonatas filmed in 1969 and 1970 by French television. This is a lyrical and refined approach to these two masterpieces, typical of the art of this great master of the cello. As an extra we have the pleasure of seeing Wilhelm Kempff alone in 1968 at the piano, playing another major work by Beethoven, the “Tempest” Sonata, which he interprets with a combination of authority and casualness that was so characteristic of his style.