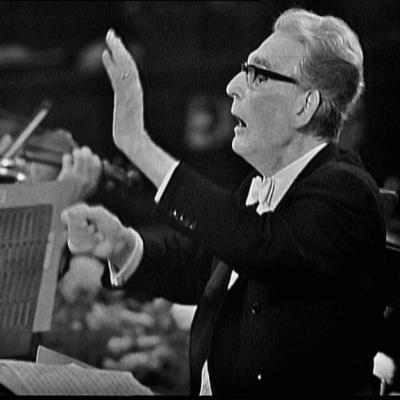 Otto Klemperer was one of the most important conductors of the 20th century and certainly one of the most original and atypical figures among the great German maestros, in complete opposition with the “romantic” vein personified by such as Bruno Walter. A passionate defender of contemporary music in his youth, his recordings of Beethoven are nevertheless widely acknowledged for their angular, analytical aspect as brilliantly demonstrated by the 9th Symphony with the New Philharmonic Orchestra recorded by the BBC in 1964. The soloists were among the best of the period: Agnes Giebel, Marga Hoffgen, Ernst Haefliger and Gustav Neidlinger.