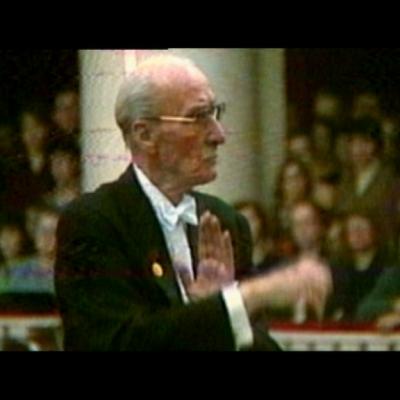 This Classic Archive episode pays tribute to three of the most illustrious Soviet artists who were legends in their own time: conductor Yevgeny Mravinsky and pianists Sviatoslav Richter and Emil Gilels. Mravinsky dedicated his whole life to the Leningrad Philharmonic Orchestra and, naturally, it is with this orchestra that we see him at the end of his life, aristocratic and austere, conducting two of his favourite works, the overture of Oberon by Weber and that of Francesca da Rimini by Tchaikovsky. Another Soviet film: Mendelssohn’s Serious Variations by a larger-than-life Sviatoslav Richter showing as much power and sensitivity in 1966. No less impressive is Emil Gilels’s unbridled performance of Sergei Prokofiev’s 3rd Sonata in 1959 in London.