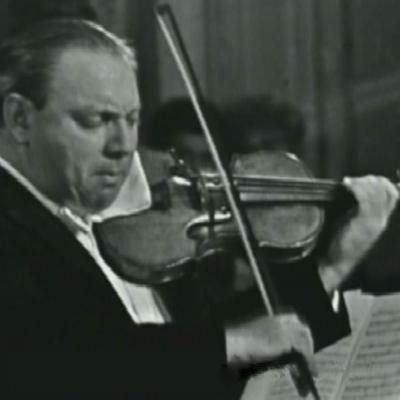 Today’s Classic Archive pays homage to violinist Isaac Stern, who we find at the height of his powers, accompanied on the piano by Alexander Zakin, in a 1965 concert for the Jeunesses Musicales de France, the Musical Youth of France. Although he was born in the Ukraine, all of Isaac Stern’s musical training took place in the USA, where his parents had emigrated when he was barely a year old. This American training, which combined styles from several different European schools of music, endowed Stern with a facility for addressing a wide range of repertories. In the recital we are about to hear, along with Kreisler’s Schön Rosmarin, Isaac Stern will introduce us to a little-known piece by Francesco Geminiani. He will also perform the Adagio and Fugue from Bach’s first sonata for violin alone. This is an exceptional recording, as Isaac Stern rarely approached these scores, despite their popularity with violinists. Indeed, he never recorded Bach’s complete Sonatas and Partitas.