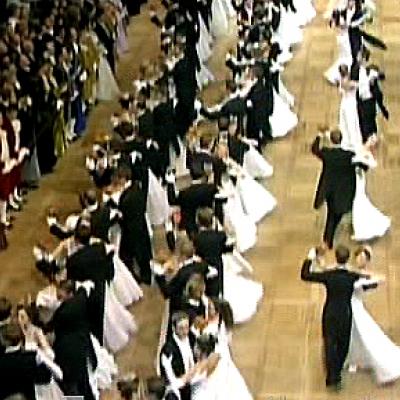 Waltz, a revolutionary thing? Historically, it was the first dance having couples clasping each other, men and women hugging, whirling to the rhythm of its music to the point of giddiness and rapture. A dance with a triple time rhythm both simple and complex enthralling the most diverse societies and a source of unfailing interest. The greatest composers were inspired by it. Who has never heard of Johann Strauss’ "The Beautiful Blue Danube" or Brahms’ and Chopin’s waltzes? It has fed the imagination of writers and later on, of film-makers. Whether Viennese and noble, to accordion accompaniment as in France, gentle and sung as in Peru, the waltz belongs to our world patrimony. For more than a century and a half, it has thrilled to bits millions of people from all ages all over the world. In Lima, Peru, waltz is not only a dance, it is also a love song with a swaying rhythm sung by seasoned singers to the sound of a guitar and a « cajon » (a wooden box used as a percussion instrument), lyrics in which the audience always eventually joins, in unison. Whether Viennese and noble, French and musette, or Peruvian and Creole, waltz will be our heroine.